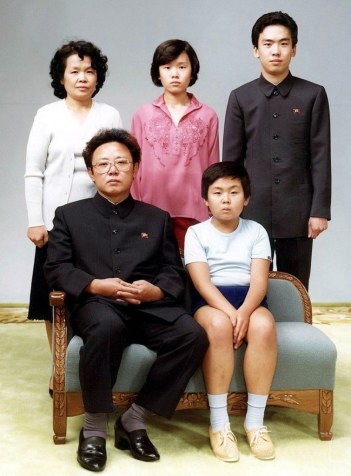 In commemorating this Great Leader we sent warnings to traitors of the people, led by Lee Myung Bak, who deliberately sunk his Cheonoan war ship and blamed it on the government of the Democratic People’s republic of Korea, to desist from an unsustainable offensive against the North of Korea and the Korean peninsula in general. His continued assault on the image of the DPRK in collaboration with the United States will not continue unabated. In this regard we support the just cause of the Korean people to defend themselves, using whatever means at their disposal, to continue struggling for a just and equal world order and to defeat Capitalism in all its facets.

(…)In technology to save our climate you also excelled, as we saw the successful introduction of an air steriliser, to curb emission and related hazards from the climate, and this shows the effectiveness of the Korean nuclear technology, and this equally shames the Western and Imperialist Propaganda, that the DPRK nuclear programme is aimed at creating war in the world. “Korea is right, do not retreat”.

(…)We say to all the Korean people fighting for peace and justice, Victory is Certain. Amandla, Awethu!!

All Power to the People

This site uses Akismet to reduce spam. Learn how your comment data is processed.